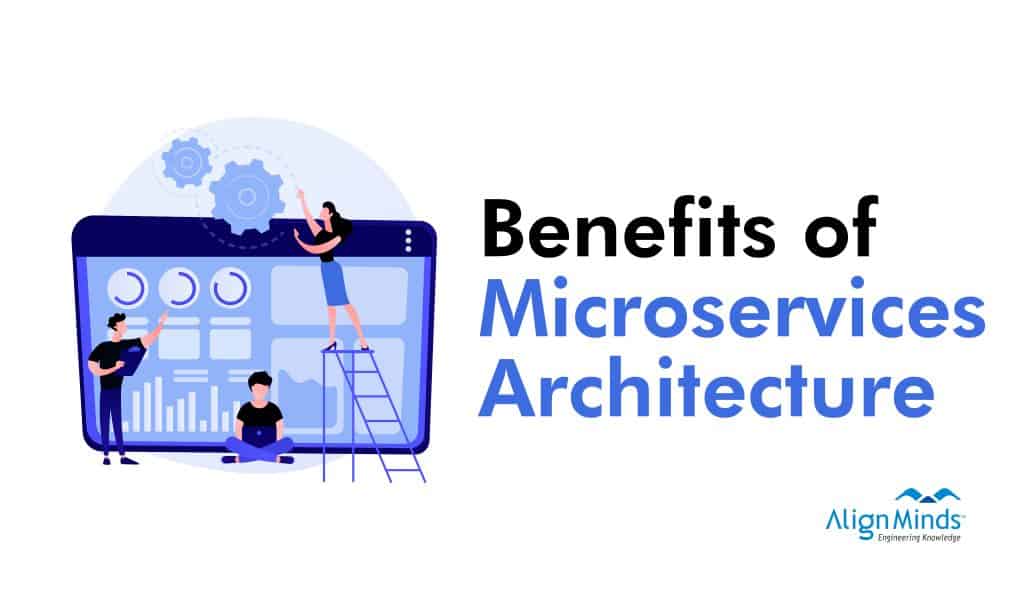 According to research, 73% of firms are using or planning to use microservices as it helps them build next-generation services and applications. Around 63% of organizations surveyed are already building some or all of their applications using microservices. 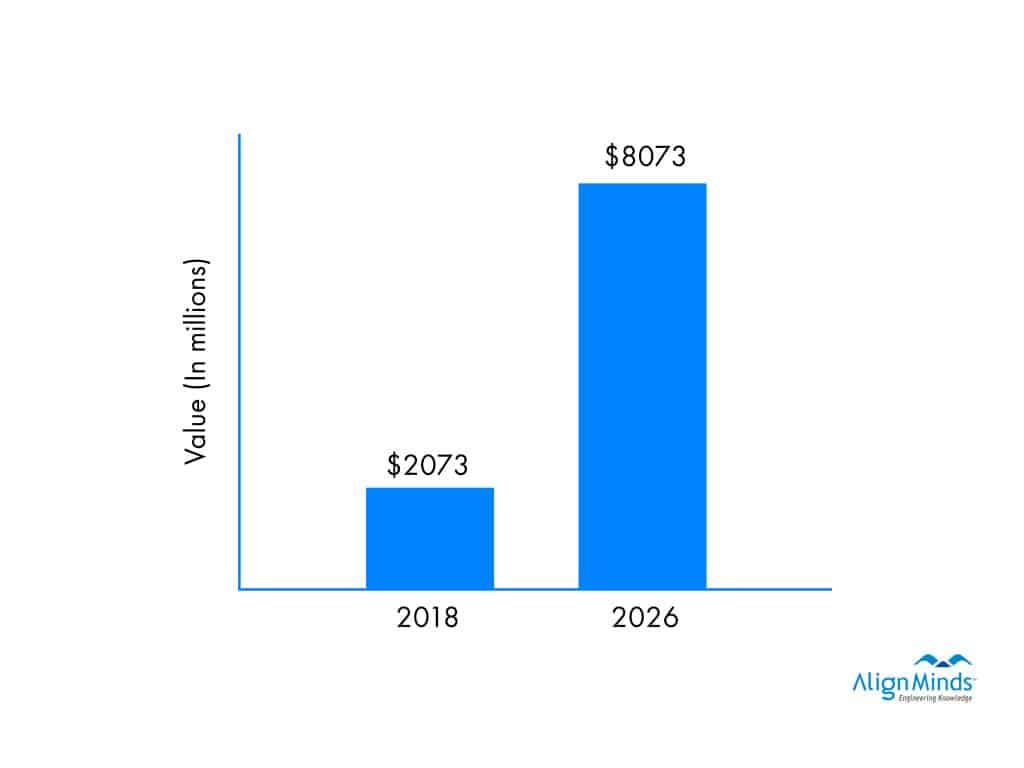 All these statistics are pointing to one thing; microservices are the future. However, if you are a business that is yet to adopt the new trend, trying to understand the benefits of microservices will convince you to do so.

What is microservices architecture?

Microservices architecture, commonly known as “microservices”, is an architectural style for developing applications. It allows a large application to be separated into smaller independent parts, with each part having its own realm of responsibility. As a result, a microservices-based application can call on many internal microservices to compose a response to a single user request.

Microservices are typically used to speed up application development. Website migration, data processing, transactions and invoices, media content storage and retrieval etc. are the other usages of microservices.

Traditionally developers followed a monolithic design approach. In a monolithic architecture, components share a common memory space and work together as one cohesive unit. As a result, such applications are self-contained, and their components are interdependent. To make changes to a single component, developers must rebuild and redeploy the entire software altogether. This is a big drawback for businesses who want to add new features to their applications frequently. The monolithic architecture limited their rate of technology advancement, took away their competitive edge and constrained their growth opportunities.

On the other hand, the microservices architecture allows an application to be divided into a set of individual and autonomous services. Each of these services can be implemented in a different language on a different platform. Yet, it won’t affect the quality of the application as a whole. Moreover, each service is robust, flexible and complete on its own. So, adding a new feature to the application or removing an outdated feature is no more a difficult task. Since you can make changes to a particular feature without affecting the remaining part of the application, the cost of development and maintenance also went down.

Overall, microservices architecture offers more benefits than monolithic architecture to businesses that want to be competitive in the industry.

What are the benefits of microservices architecture?

Microservices run independently. That means each microservice can be added, removed, updated, and scaled without affecting other microservices that comprise the application. During an increase in demand, you only have to allocate more resources to the concerned microservice(s) to meet the demand. As a result, an organization can save costs on server resources.

In 2008, Netflix had to ditch their monolithic design and adopt microservices after a three-day service failure caused by a major database corruption. The migration helped them to serve a wider audience in 2016 as the numbers of streaming members went up by eight times and the overall viewership tripled in those eight years! Their viewership is growing ever since and moving to microservices architecture became one of the best decisions they have ever made as a business. 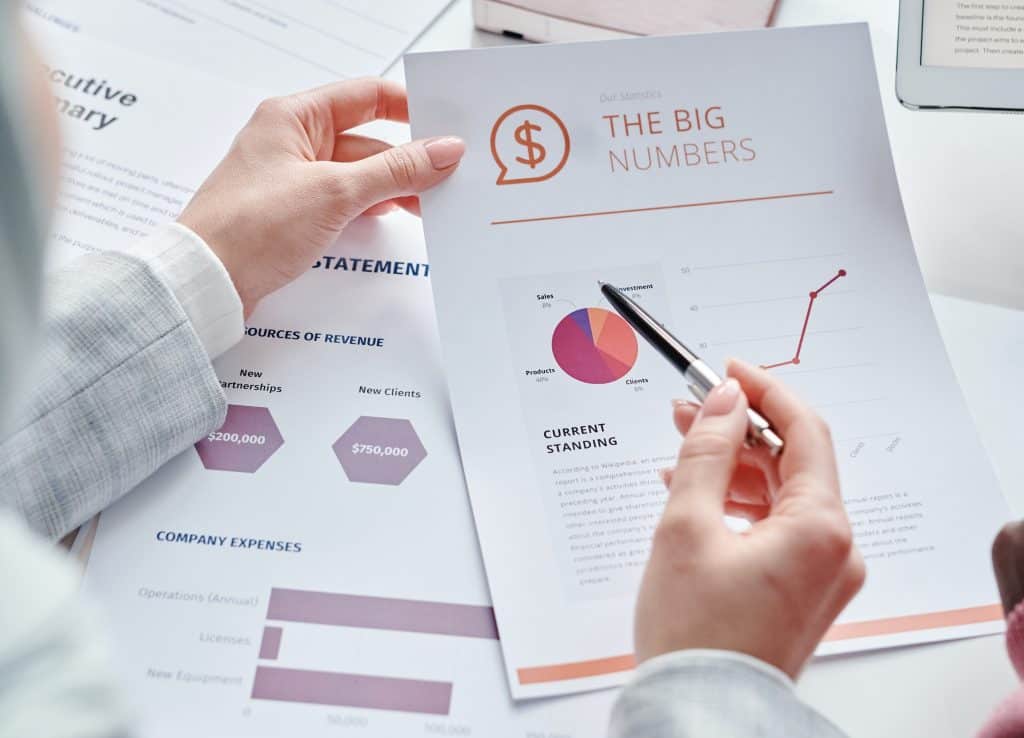 Microservices architecture supports secure APIs. Developers can use them to connect with microservices without security concerns as APIs ensure that the data is accessible only to authorized parties.

iPaas (Integration Platform as a Service) providers like DreamFactory can help you build secure APIs in minutes using their automatic API generation tools.

Since APIs provide a secure way for developers to handle and safeguard the application data, following legal policies and data and privacy rules are no more an issue. Microservices along with secure APIs help developers to meet various legal compliance including HIPAA, GDPR and other security standards.

Also, as technology advances, new features may be introduced in the market and it is much easier to add them as microservices. Besides, a higher level of application security can be maintained all the time by adding a new security feature to the application as new security threats arise.

Compatibility and conflict are two major nightmares for every developer. Compatibility issues can lead to service outages and bring down the quality of the user experience. However, if you are using microservices, you don’t have to worry about such issues. 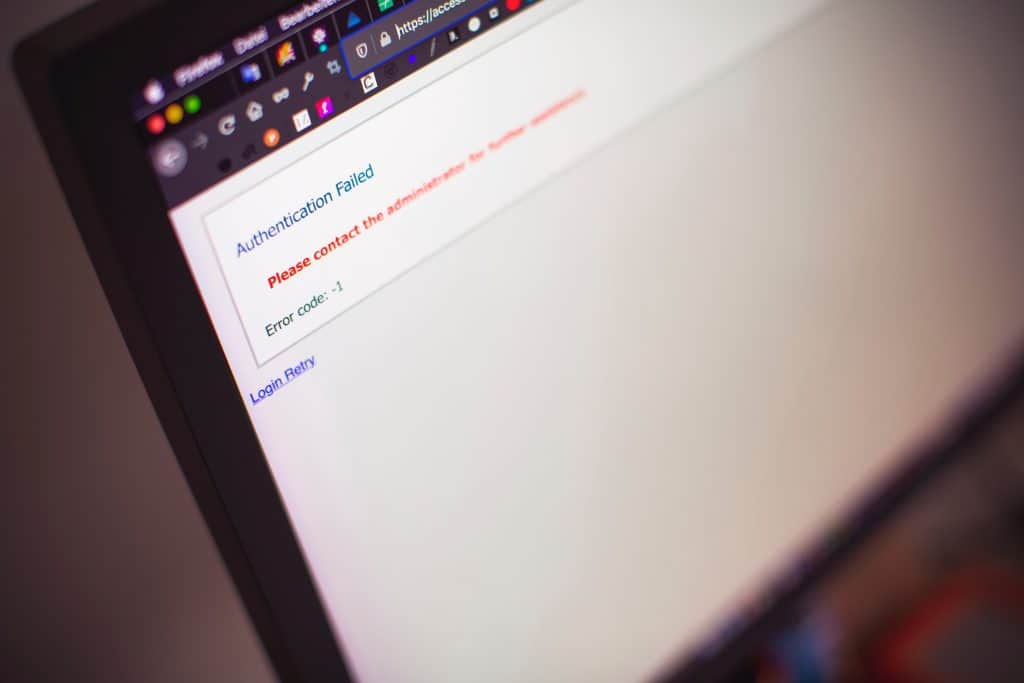 Developers can also avoid using Remote Procedure Calls (RPCs) between microservices to prevent cascading failures. Furthermore, fault tolerance libraries like Hystrix help you to build fault-tolerant microservices so that you can totally avoid cascading failure and enable resilience in your complex application.

The market is ever-changing. Businesses need to cater to different demands that may not be permanent in the market. However, making changes to their applications frequently to fulfil user’ demands was always a difficult task for businesses. New features had to be designed, developed and tested before they are integrated into a live application. The whole process cost them time and money and even then the results were not promising.

With the introduction of microservices, agility became no longer an issue for businesses. An application that is based on microservices architecture is comprised of several microservices that work independently and enable certain feature sets in the application. To enable a new feature, you just have to integrate a new microservice into the system, and thanks to its autonomous nature, you don’t have to worry about any dependency failures. Thence, businesses can now easily integrate new features to an existing application and roll back to the previous version if the new feature doesn’t work out.

A microservice is small enough for a single team to build, test and deploy it. In Amazon’s terms, a team that is small enough to be fed by two pizzas can manage everything related to a microservice.  By keeping the size of the team small, they noticed that the work efficiency improved, there was more ownership, teams were easier to manage, they achieved their goals faster and the quality of the end results were often better. 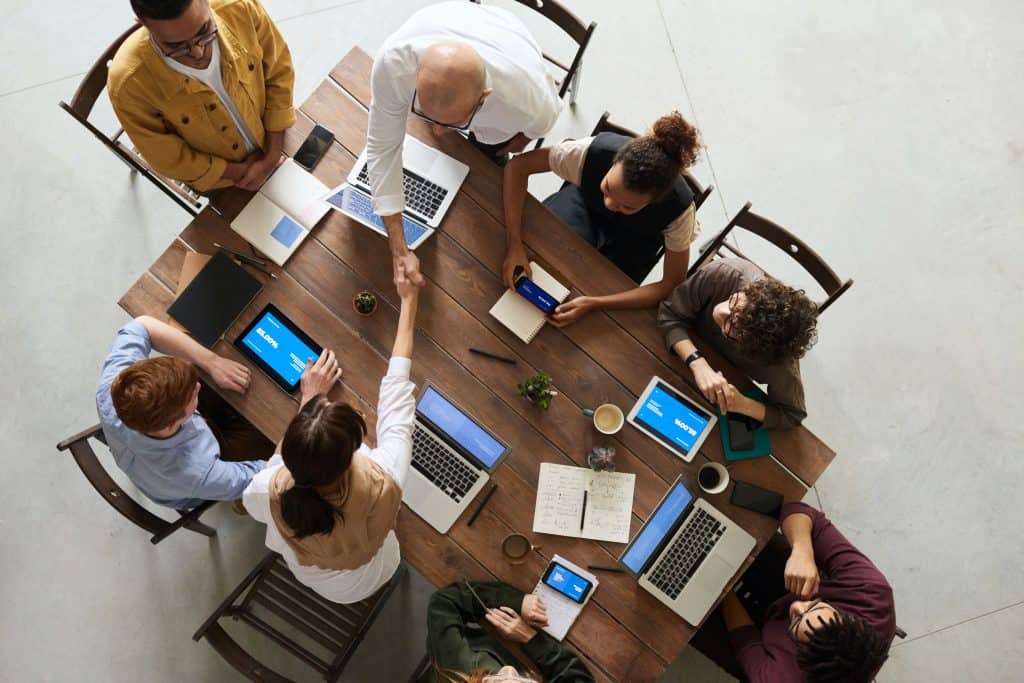 How to implement microservices architecture?

Microservices replaces monolithic design thinking. In a microservices based application, everything from code to teams is decentralized. Small autonomous teams shall be responsible for designing, developing, testing and deploying services and there should be no sharing of code or data schemes.

A microservice should be totally independent. This rule is applicable in the case of data storage too.  In a microservice-based application, data ownership lies with the service that handles the data; so the data storage should be private to that particular service. 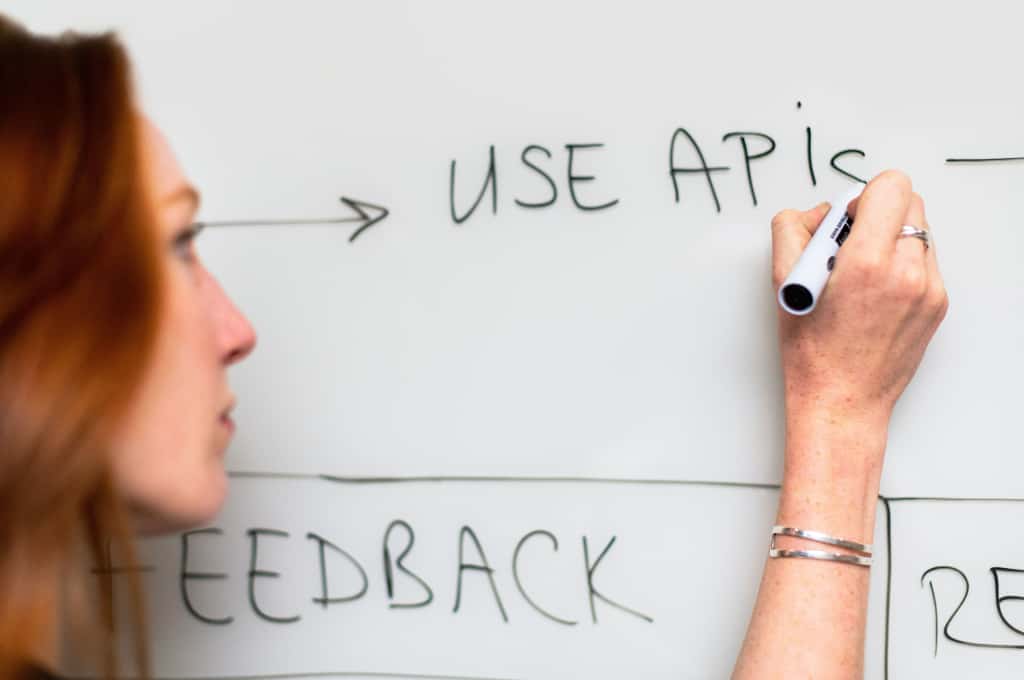 All service communications should be handled using secure APIs. The APIs should be modelled around the domain not the internal implementation of the services.

Simplify application development by offloading cross-cutting services such as SSL certificates and authentication etc. to a gateway.

Coupling between services should be avoided to make each service independent. So that any changes you make to one service will not affect any other services that comprise the application. This is applicable to communication protocols and even shared database schemas.

Functions that are serving a single purpose should be packaged and deployed together to avoid tight coupling.

Tight coupling is a sign of low cohesion. When there is low cohesion, a change in one service will affect other services in an application. Therefore, you will be forced to make changes to other services when updating a particular service. So, the focus should be to create services that are loose coupled and have high functional cohesion.

The purpose of microservices architecture is to design reliable applications. You should implement fault isolation along with a resilience strategy to avoid cascading failure and dependency related shutdowns. 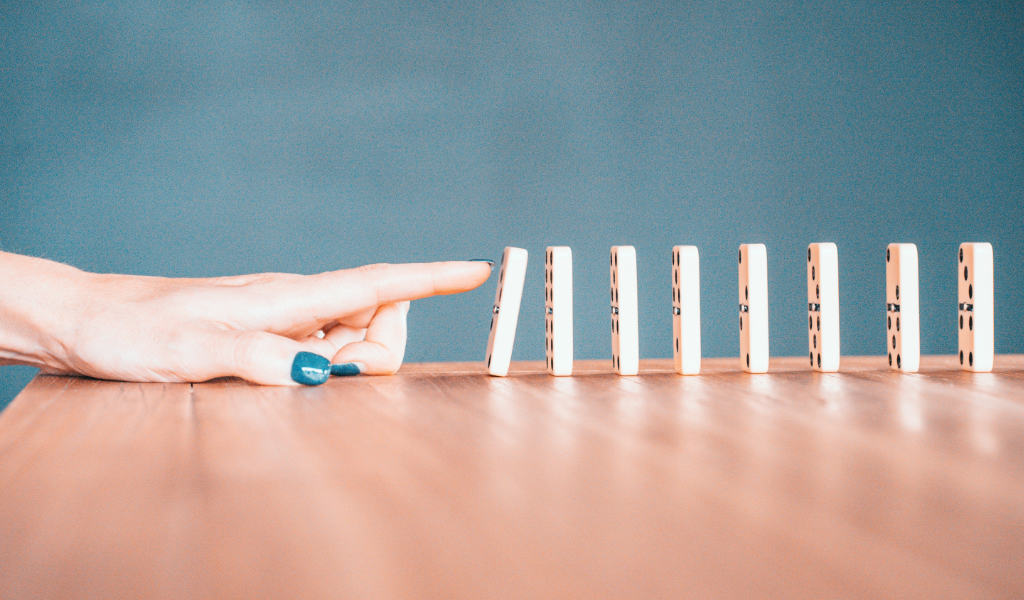 Netflix and Amazon identified the potential of microservices and leveraged it to their business advantages earlier than any other in the industry.

In the beginning, Netflix was using monolithic architecture for their application. In 2008, due to a major database corruption in their servers, the services of Netflix were unavailable to their customers for three days. Around the same time, the company also realized that the vertically scaled model was hampering its growth. They were not able to meet the demand of their growing customer base with the then-existing model. 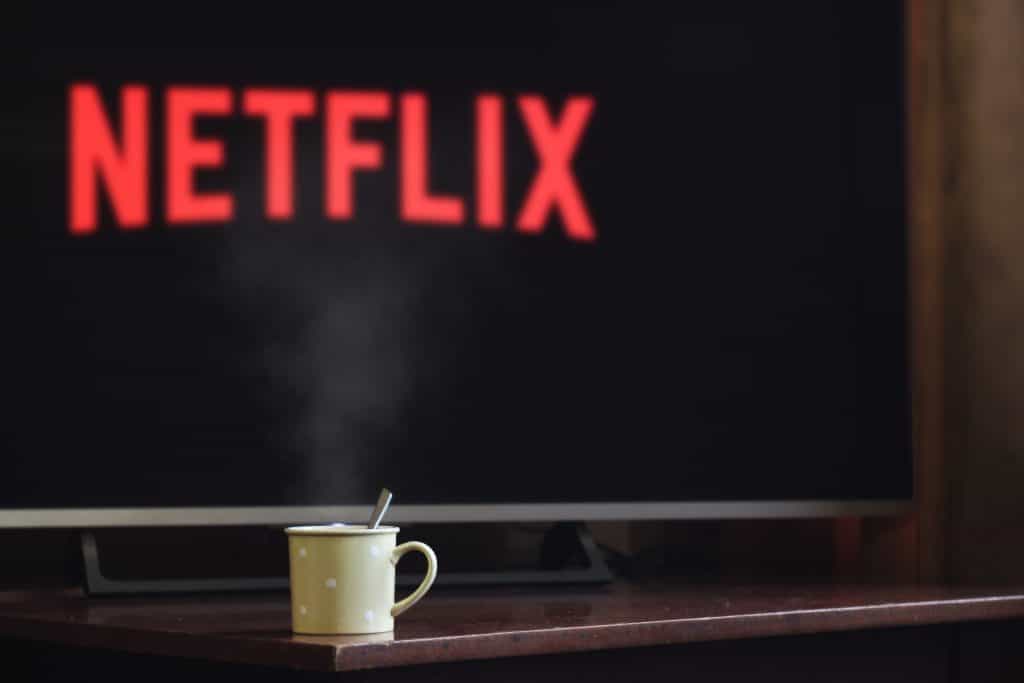 Around 2009, Netflix started moving their services to microservices architecture. They began by moving to distributed cloud systems that are highly reliable and horizontally scalable. In 2016, Netflix expanded their services to more than 130 countries and became a global service provider. Their API gateway handled more than 2 billion requests daily around the same year. Now Netflix has more than hundreds of microservices instead of a single monolithic application.

The growth of Amazon started in the early 2000s. As they were growing, more issues related to scaling started to interrupt their operations. The company quickly recognized that a single model that acts as a master product will not help them in the long run. So, they started to create independent teams that are small enough to be fed by two pizzas and assigned them the responsibility to develop autonomous services that are complete on their own.

The idea was to use microservices to power every feature of their platform and the term “microservices” didn’t even exist at that time! These microservices together would give the impression of a big, single application and communicate with each other via secure APIs. The developers would be fully responsible for the services they build and that includes coding, testing and deployment. 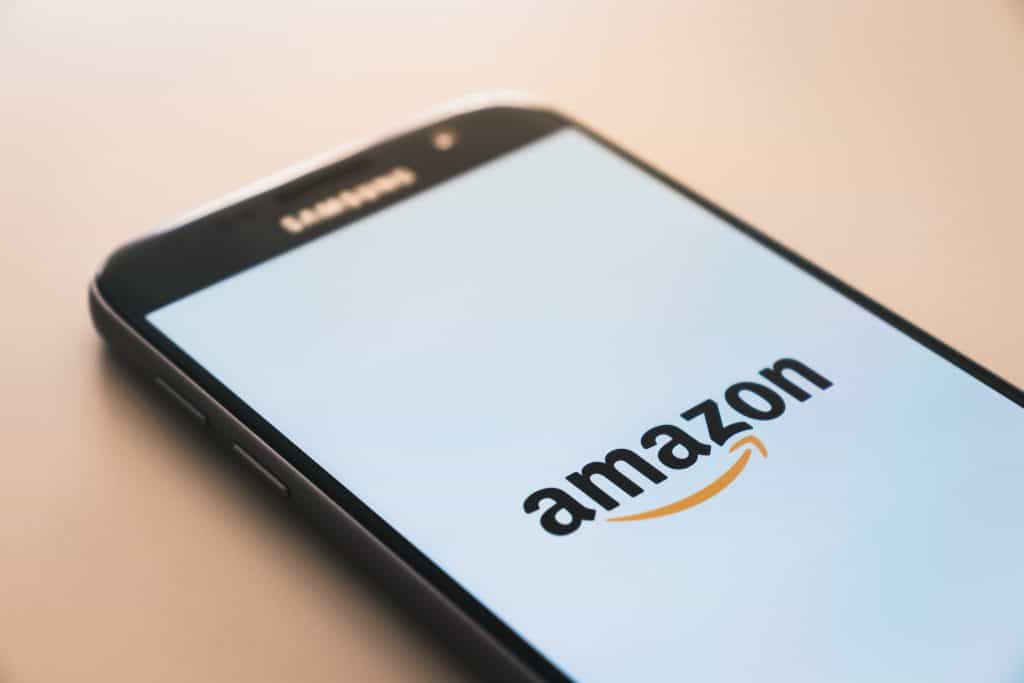 However, a lot of operational work became repetitive, and it slowed down the process. With the introduction of AWS (Amazon Web Services), Amazon was able to automate these operational processes and it helped them to scale the services depending on the demand and business needs.

N.B.: AlignMinds has more than 12 years of experience in developing trendsetting yet cost effective solutions for startups and enterprises alike. If you are looking for a microservices developer for your next project, contact us now!