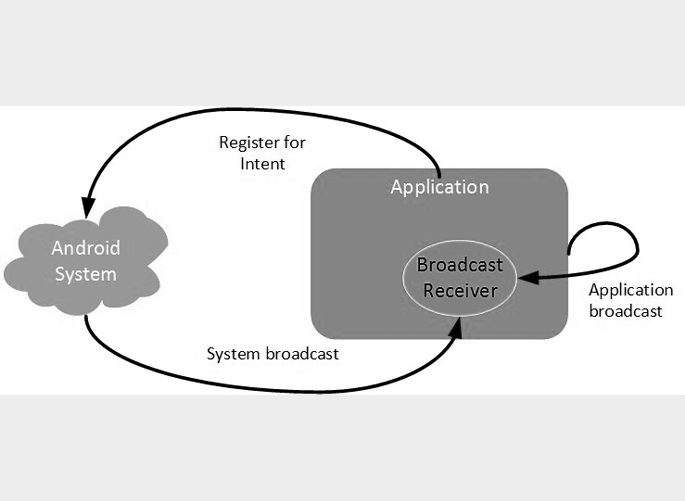 How to make BroadcastReceiver works for the system broadcasted intents?

This method is called when this BroadcastReceiver receives an Intent broadcast.

Consider a receiver class named as MyBroadcastReceiver implemented as the subclass of BroadcastReceiever class which overrides the onReceive() method. Whenever an event occurs Android calls the onReceive() method on all registered broadcast receivers. In the above code, the Intent object is passed with all the additional information required and also you have got the Context object in order to do other tasks like maybe start a service (context.startService(new Intent(this, TestService.class))

There are two ways to register the broadcast receiver:

In static way, the broadcast receiver is registered in an android application via AndroidManifest.xml file.  Consider, here we are going to register MyBroadcstReceiver for system-generated event ACTION_BATTERY_LOW which is fired by the system once the android system encounters the battery low. 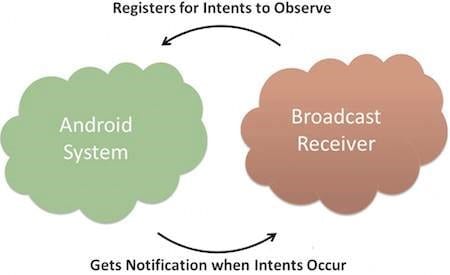 Some other important system events are as follows:

IntentFilter object that specifies which event/intent our receiver will listen to. In this case, it’s broadcast. This action name is used while sending a broadcast that will be handled by this receiver.

Once the component that had made the registerReceiver() call is destroyed sendBroadcast() will also stop working, hence the receiver won’t receive anymore be it an event generated from an app or the system. Whereas with the previous method where we registered via the manifest file, this is not the case.

Which Method to Use When for Registration

The type of preference among the two approaches is determined by the motive. Suppose you want to do some changes right on the screen (home screen, launcher, status bar, etc.) By showing up some notification or some indicator in the status bar by listening to system-wide events or maybe those sent by other apps, then it makes sense to use statically registered broadcast receivers. Whereas based on similar events you want to do changes right in your app when the user is using it or maybe it’s put in the background, then it makes sense to use dynamically registered receivers which last till the registering components are destroyed.

In fact, there are certain events like Intent.ACTION_TIME_TICK that cannot be registered in the manifest but only via registerReceiver() to prevent battery drainage.

If one wants that the application itself should generate and send custom intents then one will have to create and send those intents by using the sendBroadcast() method inside the activity class. If one uses the sendStickyBroadcast(Intent) method, the Intent is sticky, meaning the Intent you are sending stays around after the broadcast is complete.

This intent com.example.broadcastreceiverdemo can also be registered in a similar way as we have registered system-generated intent.

You can see a working example by visiting this link.