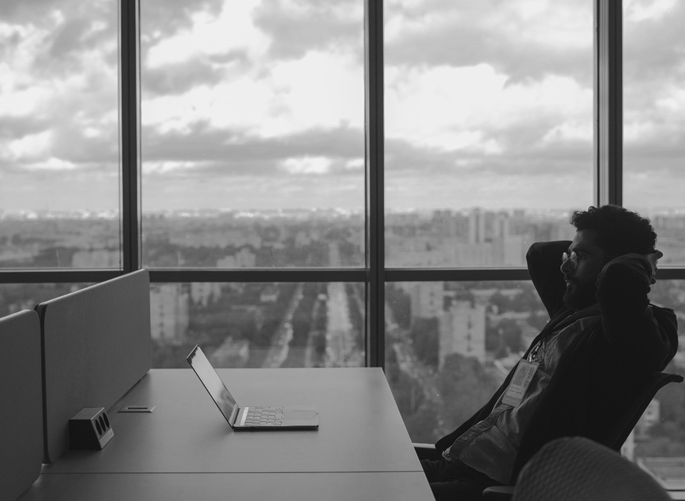 The demand for hiring full stack developers is rising every day. 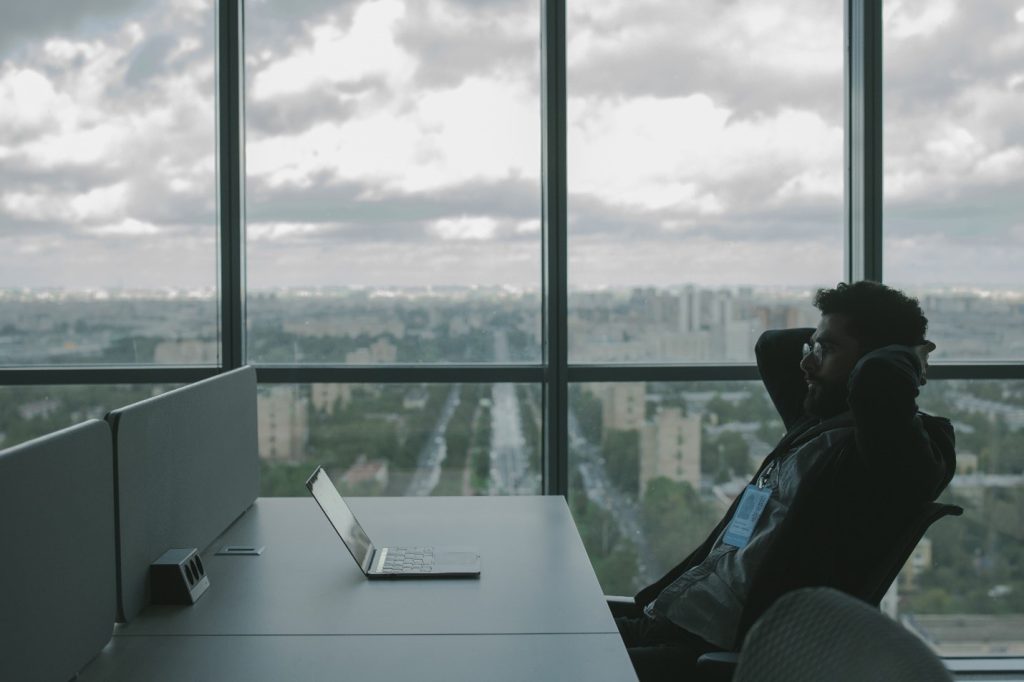 Many companies are now viewing full stack developers as a critical asset for the company’s core operations. Such companies include software developers, IT and related services, and financial services.

What is a full stack software developer?

There is a general disagreement over the definition of full stack. It is somewhat a controversial subject in the technological field. Various organizations have different definition for who is a full stack developer and what kind of skills they should possess.

But all the definitions have something in common.

As per general sentiment, a full stack software developer is someone who knows how to create a fully functioning web application, and their knowledge of both the back end and front end is valuable to the organization. One of the best qualities of full stack developers is the amount of help they need from outside, which is very little. 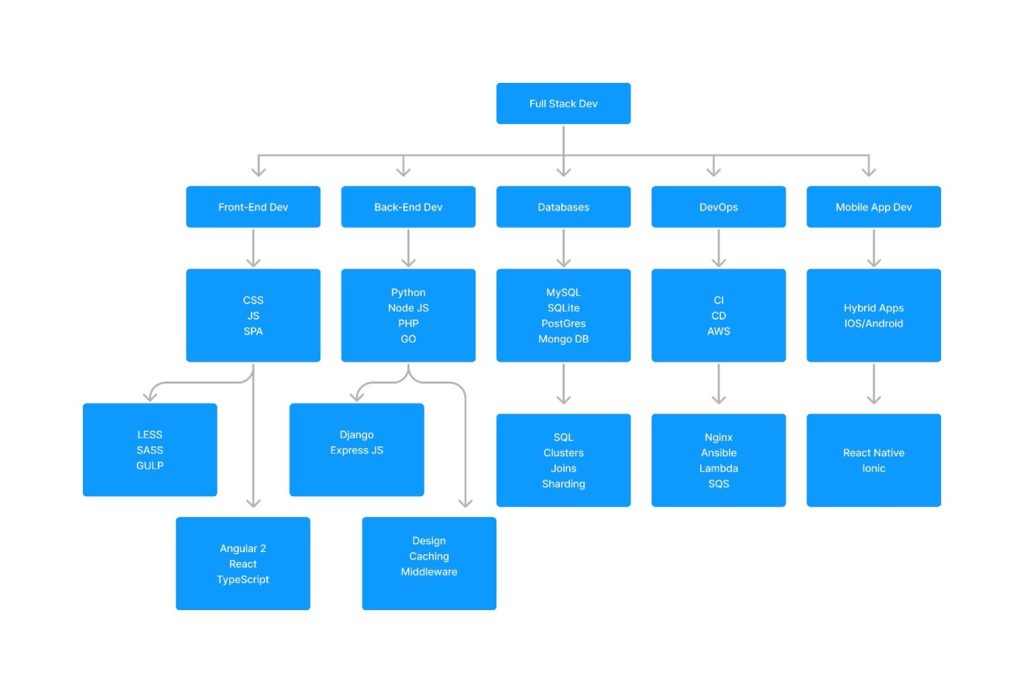 This is because generally applications would have two major components; back end and front end (also called server side and client side).

While it is the backend that “powers” the applications, it is the front end that helps users to interact with an application. Since the approach, methodologies and technologies varies from front end to back end, their developments parts are assigned to different teams who are experts in their own fields (front end or back end). As a result, a single application would need at least two developers hypothetically.

A MEAN stack developer will have knowledge on MongoDB, Expressjs, AngularJS, and Node.js.

Whereas a full stack developer will be an expert on technologies such as HTML, CSS, JavaScript, Angular JS, PHP, ASP, Python, Node.js, and databases such as MySQL, SQLite or MongoDB, etc.

A MEAN stack developer uses AngularJS to accept requests and display results to end-user. They use NodeJS to handle client and server requests.

On the other hand, a full stack developer may be using HTML and CSS to power the front end and PHP to power the backend. MEAN stack development is limited in a sense that it leverages only JavaScript based technologies. So, scalability becomes an issue since to upgrade an application, we must totally depend on JavaScript based frameworks.

On the other hand, full stack development offers better scalability and more flexibility as the developers will have the options to choose from several frameworks. 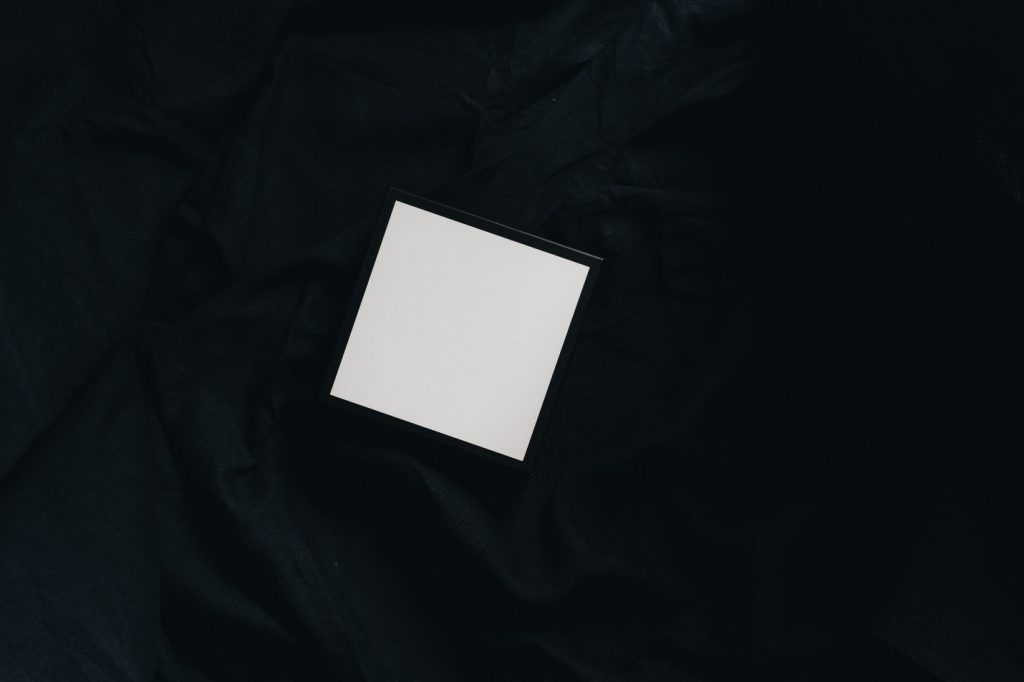 At first, we will go through all the pros of hiring a full stack engineer.

A full stack developer can take care of client side and server-side development. Since he has knowledge of both the front end and back end, the application will be simple, less buggy and offer better experience.

A full stack developer will have a variety of skills under his belt. It is mainly due to what the position demands in terms of technology expertise and product planning. Since the same person will be responsible for both front end and back end, he must have variety of skills to complete the application and have a better understanding of the user case and development roadmap to avoid development conflict.

Full stack software engineers are well versed in multiple phases of software development, covering fields such as front end, back end, testing, QA, and coding. The knowledge in all the areas comes over time, and full stack developers have the experience under their belt, making them more appealing to the companies. They can use the occasion to face challenges quicker without any hesitation.

Since full stack web developers know multiple technological stacks, they can be put to work on several frameworks instead of hiring different developers for different frameworks.

Since a good full stack developer can take care of front end and back-end development and even unit testing, hiring them over technology experts are more economical for companies. Hiring full stack developers helps companies to save up cost on infrastructure investment, office space, taxes and benefits and on managerial tasks since the size of the companies can be kept small.

Hiring Full stack engineers ensures better performance since the responsibilities are well defined. There is less dependability between team members and the complexities due to misunderstanding and lack of teamwork is also less. The project progress can be easily monitored and the performance to progress ratio can be calculated more easily.

Experienced full stack engineers will adapt to the changes at any stages of the project development. They can easily identify problems and easily overcome them due to their familiarity with different development stacks and programming methodologies. So, by hiring full stack developers, companies can mitigate uncertainty and incorporate more flexibility to their development process.

Keeping up with technologies

Full stack engineers have expertise in multiple technologies. However, it become a hassle to be kept updated on all these technologies due to the rapid advancement happening in the software development industry.

Suppose a project demands the developer to work with multiple languages. It can be cumbersome for the full stack engineer, as they will constantly have to change the programming language on the fly. They can change the field, but they will need some time to brush up on the small things to get a grip on the language.

Transitioning between programming languages can slow down the process; hiring a specific individual who knows their way around one language will help smooth the transition from one language to another faster, requiring hiring another developer to fasten the process. 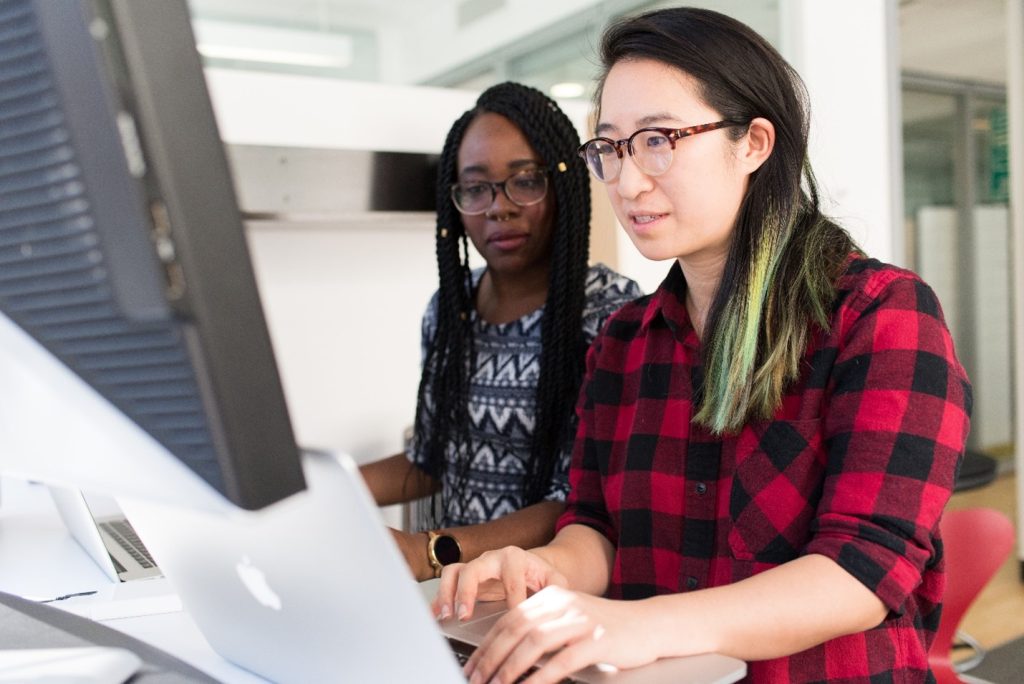 A full stack web developer is someone who can develop the front end and back end for a web application. The person will be an expert in web related stacks such as HTML, CSS, JavaScript, jQuery, Angular, Vue, PHP, ASP, Python, Node, SQL, SQLite, or MongoDB.

If you’re planning to develop a mobile app for the Android platform, a full stack android developer will help you complete the project. Android development focuses on Java, React, Python, HTML, CSS, and Javascript.

A full stack python developer has the expertise in the python suite of language to develop various applications. Python is become popular day by day and a lot of AI and data science related applications are made using Pythons.

PHP alone can’t be used to develop full stack application. It must be used with front end languages such as HTML, CSS, JavaScript, jQuery, Angular, or Vue etc. to create a complete application. A full stack developer can also use Linux, Apache, MySQL, and PHP (LAMP) to accomplish this task. 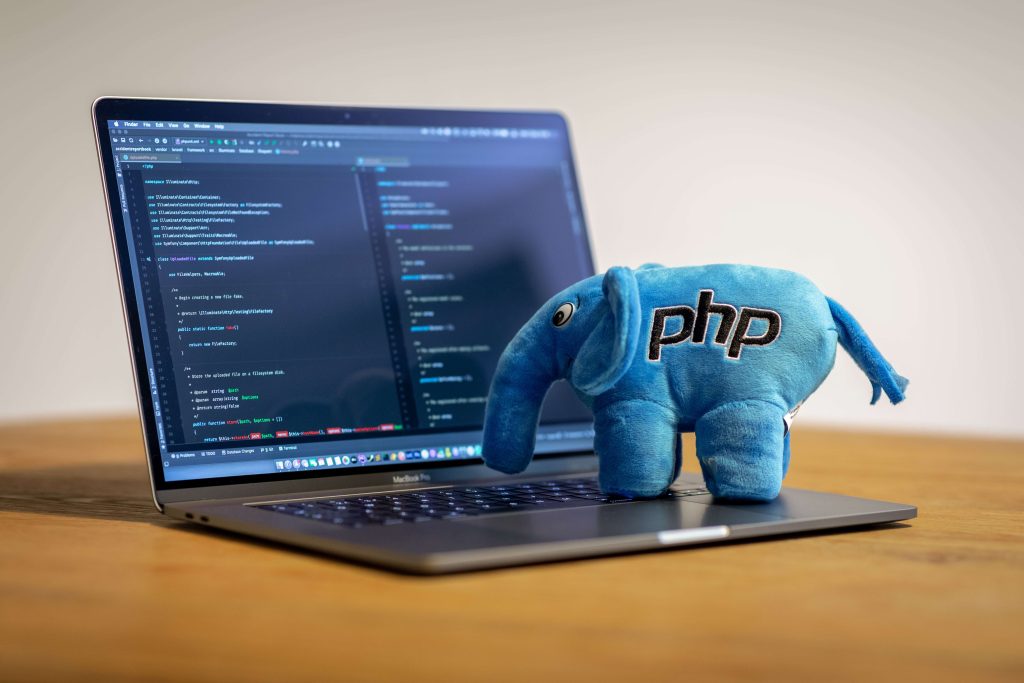 How to hire a full stack software developer?

It has more to do with the qualities than anything else. A full stack software engineer must have an interest or passion for new things, and they should understand different technologies and their best-case scenarios. Their decision-making abilities will also come into play as they must develop complete applications for different use cases and industries.

Depending on nature of employment, we can divide full stack developers to below categories.

A freelance full stack developer is someone who is self-employed. She creates applications for different clients and get paid based on hours worked, tasks completed, or projects finished. The scope of work, estimate, roadmap, and delivery terms are usually finalized before starting the project. 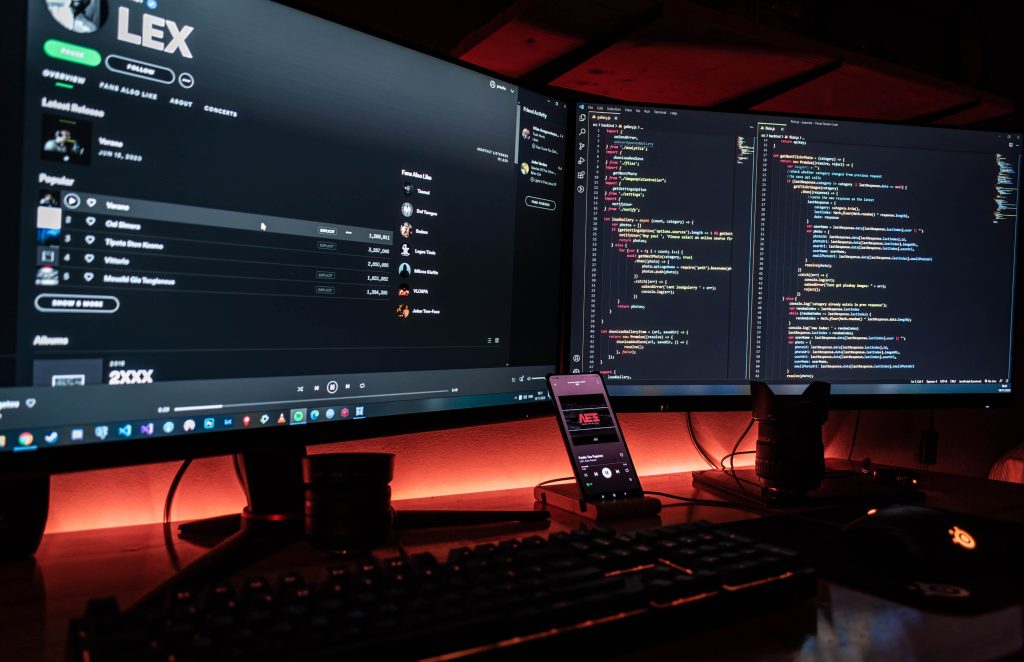 A full-time developer is someone who works at a specific role permanently for the company. Along with salary, she also gets other benefits and allowances that is borne by the employer.

Outsourcing full stack development is the act of hiring an outside party, preferability an agency, to perform the development of an application. 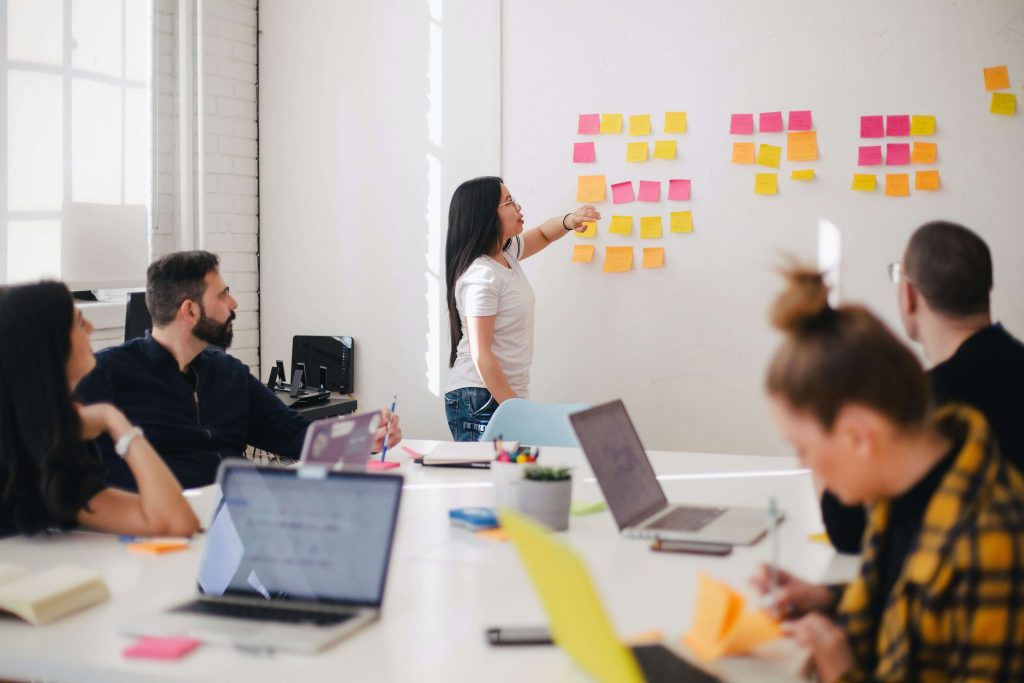 The demand for full stack developers is on rise due to companies seeking an all-in-one solution for their software development requirement. Instead of hiring individual developers for different roles, companies are hiring people with variety of skills and knowledge to take up multiple roles.

AlignMinds has a wide pool of expert full stack developers. We make sure that all our developers have the right expertise, have high exposure to industry standards and ensure best outcomes for simple to complex projects.  If you are looking for pre-vetted full stack developers for your next project, contact us now.